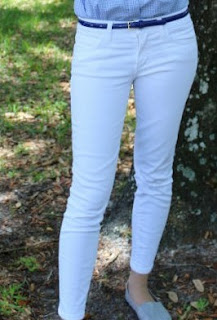 I bought a pair of white trousers for my recent holiday. They cost £12.99 in Peacocks and have a high cotton content. I wanted to be cool and comfortable in the higher temperatures than we are used to in the UK.

They are of a slimmer fit than the style of trousers that I usually wear. I don't wear jeans so it took me a while to get used to them being tight around my bottom. Nobody knew me on holiday but I will probably be more self conscious when I wear them around my town and add a tunic or long shirt to increase modesty. They are certainly comfortable though and I will be keeping them.

Our final destination was Gibraltar. Gibraltar is a British Overseas Territory on the southern tip of Spain. We felt quite at home as we could use our own currency and everyone spoke English. In Main Street we found familiar stores including Marks and Spencer and Debenhams. 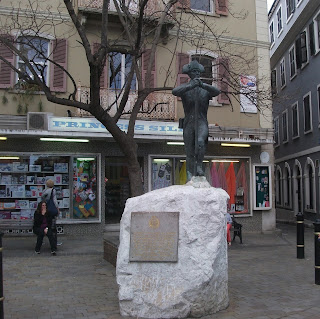 We hired a minibus for a tour of the rock and our first stop was at Europa Point to see the lighthouse. It is the most southerly Trinity Lighthouse in the world. 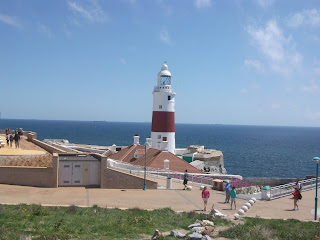 Henry loved the many cannons on Gibraltar. The fortifications date from the 1700s to World War II 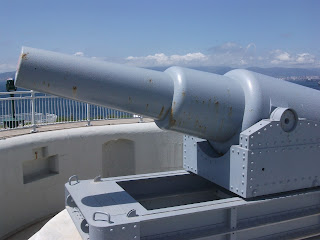 Henry loved looking at this gun which dated from the 1940s. 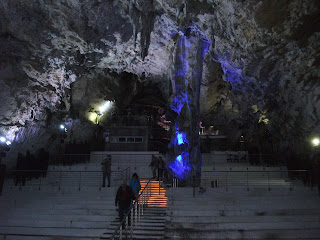 We next visited St Michael's Cave where coloured lights highlight the features of the rock formations. It has amazing acoustics and classical musical concerts and operas are held in there hence the raised platforms. I am not sure about the droplets of water dripping from the roof onto the audience though! 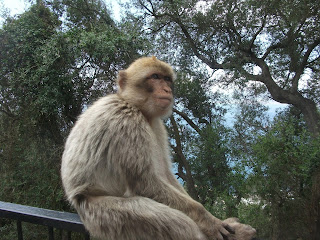 Near the caves is a nature reserve where Barbary Apes are found. Gibraltar is the only place in Europe where you can find wild Apes. They come to see you and look really cute but they are wild and bite so it is not wise to touch them. They also steal people's glasses, hats and even cameras and disappear with them really quickly. 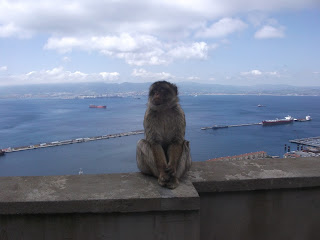 Hannah loved this little chap. He was a young ape and was sitting on a wall on the side of the rock. You can see the port in the background. 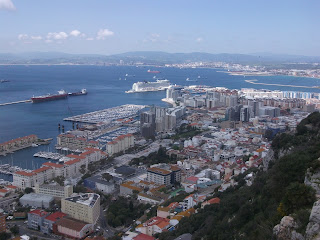 There was a wonderful view of the City and Port from the side of the rock. 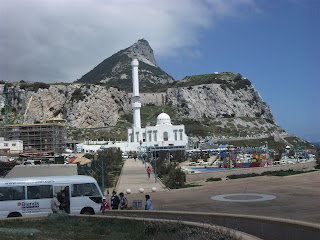 The rock towers above the City. In the foreground is our bus and the white building is Gibraltar's mosque. We really enjoyed Gibraltar and would like to plan a return visit in the future. 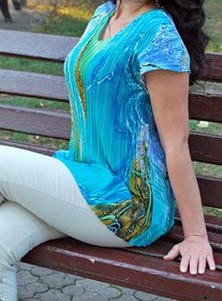 My outfit for the day was this summer shirt in blue with a strange yellow/green pattern. I bought it in a charity shop last year for about £2.00 and this is the first time I had worn it. I paired it with my white trousers and I was pleased that it partly covered my rear giving a greater feeling of modesty. I am gradually getting used to wearing these trousers which are tighter than my other pairs but it is good to step outside your comfort zone occasionally
Posted by Rebecca Young at 07:19 12 comments:

Our European Adventures - A trip to Africa

It might make a nonsense of the title of this post - but we took the unexpected opportunity of taking a return trip on a fast ferry from Southern Spain to Tangier. We left early in the morning and returned to Spain at about 6.00 p.m. It is the first time we had set foot on African soil. 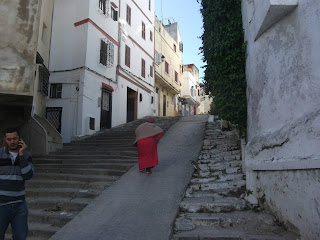 The area around the port of Tangier was not what we expected to see - modern concrete blocks of offices and flats - it could have been any modern European city. However we took a tour with a guide involving a walk around the old parts of the city - the narrow streets were very much what we imagined! 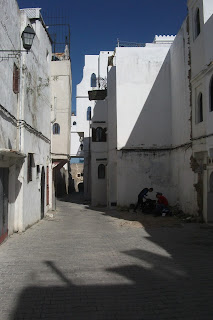 After the walk, we went for a drive to Hercules Cave in a minibus. We passed these camels having a rest on the way. 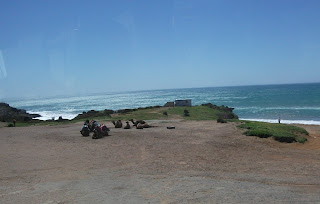 The photo is not that good as it was taken quickly through the bus window but it represents how I thought Morocco would be. 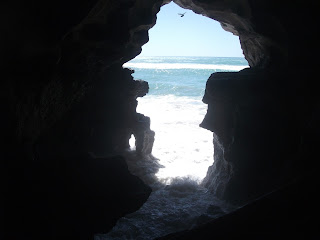 Hercules Cave is in a cliff and the sea has carved away a cavern in the soft sandstone. It has left an opening in the shape of a map of Africa when you view it from the inside. It was quite impressive with the sea roaring away and spray shooting in towards our group. 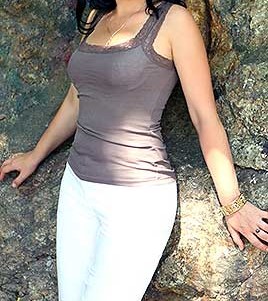 My outfit for the day was this purple sleeveless top and white trousers. It was the first time I had worn the trousers since I bought them last summer in New Look. It was unusual for me to wear fairly tight trousers without a tunic top but comfort and keeping cool was my main priority for the day. 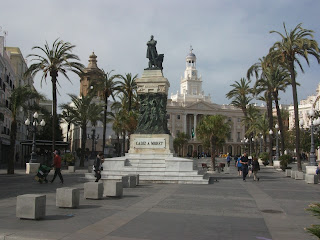 Two days after leaving Lisbon we reached Cadiz, our base for the next three nights. We explored the town with numerous lovely squares and small shops and visited the cathedral and some museums. 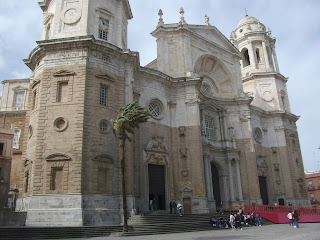 The "new" cathedral is unusual as it was built with two distinctive types of stone as you can see from the different shades in the picture. 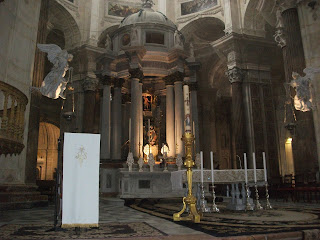 The cathedral had a magnificent interior and we enjoyed looking around for an hour. 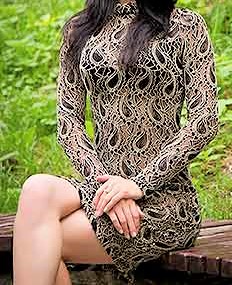 I wore this dress on our first day in Cadiz. I bought it in a charity shop for about £4.00. I can't remember the exact price. It is slightly shorter than my preferred length but, being mainly a cotton fabric, it was nice and cool in the warmer temperatures. I do like the "teardrop" pattern.
Posted by Rebecca Young at 06:25 8 comments: