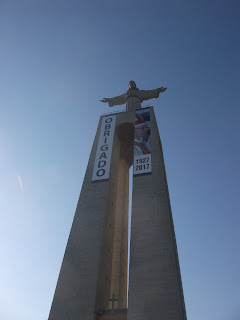 We climbed up to the base of the Christ the King statue which overlooks the City of Lisbon on the opposite bank of the River Tagus. It is based on the statue of Christ the Redeemer in Rio de Janeiro and stands on a Holy site. 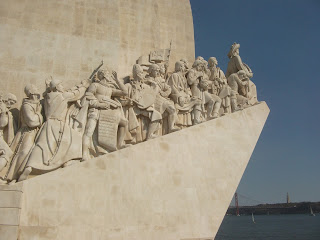 We had a good luck at the Navigator's Statue overlooking the river. It commemorates the Portuguese explorers with, I think, Prince Henry the Navigator at the front. 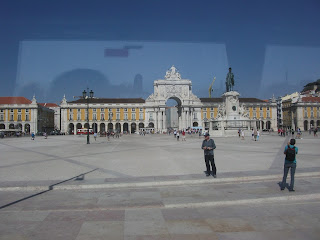 We then went on a guided tour of the city centre. This picture of the main square was taken from a coach - hence the reflection.

After an overnight stay in a hotel, we travelled south along the coast across the border back into Spain with Cadiz as our next stop.
Posted by Rebecca Young at 09:17 No comments: 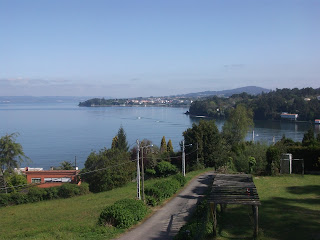 It took nearly two days to arrive in Northern Spain by ferry. We were really pleased to be able to explore the coastline and drove west to see where Sir Francis Drake came ashore in the Sixteenth Century. It brought history alive for Hannah and Henry. 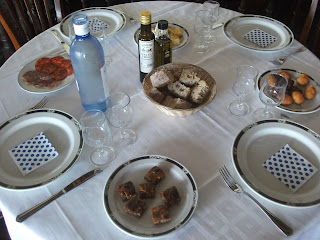 We enjoyed a traditional Spanish Tapas meal in a restaurant - it was very tasty! 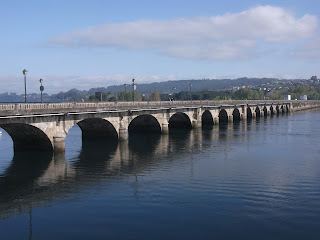 There were a lot of wonderful historic bridges - if you avoided the motorways. 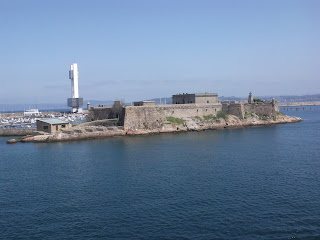 We explored this ancient fort - Henry was really interested in it.

After a day in this region we travelled south into Portugal. 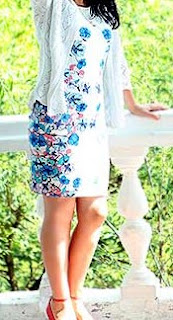 I nearly forgot to post a picture of my outfit in Northern Spain - it was this lightweight summer dress with a mainly blue pattern and a white cardigan and red sandals.
Posted by Rebecca Young at 04:39 4 comments: